COVID 19 - Update: We Are Still Dispatching All UK Orders

On all UK Mainland orders 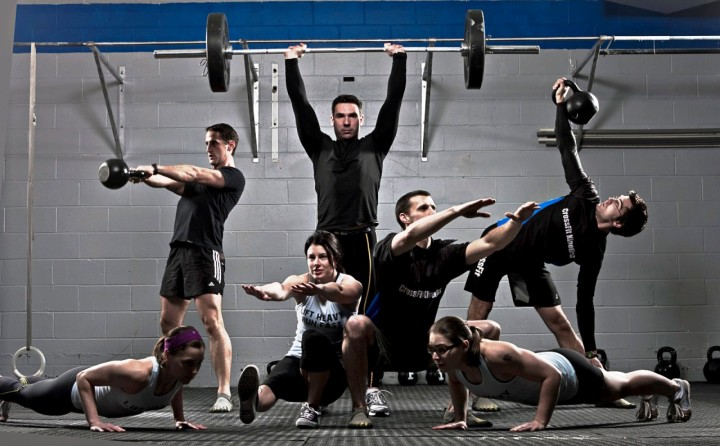 I realised last year that I couldn’t just rely on running as a form of exercise.

After suffering problems in both feet at different times and being unable to run for long periods each time, starting over and rebuilding fitness from zero was too frustrating and soul-destroying to endure again.  I needed something else.

Also, thinking ahead I have become more aware of how important bone density is as you grow older, especially with females, and realise that what I do now could impact how mobile I am in old age.

A Crossfit gym (or box) had not long opened near to where I live and I’d been roped into a session once on a visit to adidas HQ and so had a rough idea what it involved.

I vividly remembered the difficulty in walking downstairs afterwards as my quads screamed at me.

After all the sulky promises I’d made when inactive and with the box being pretty much on my doorstep, there was no reason not to.

Turns out it’s the best thing I’ve ever done.  I started before my foot was 100% and running too far and too often was still painful (any running could be substituted with rowing).

After six months I’ve seen nothing but positives – I am getting stronger both in running and life in general and the only aches I get now are more likely to be caused by a hard session of squats or lunges.

Crossfit is still relatively new and although numbers are growing consistently, little is widely known about how it works.

Crossfit was founded in 2000 by Greg Glassman in Santa Cruz, California. Glassman’s background was in coaching gymnastics and then personal training.

It was when he trained police officers that he realised the one thing lacking with strength and endurance programs was cardio fitness, so he started to combine the heavy fundamental movements with sprinting and Crossfit was born.

In the last ten years the number of Crossfit gyms worldwide has grown from just 13 to 13,000.

An hour session will consist of a warm up, skill development and a high-intensity WOD (workout of the day). You finish with stretching.

The beauty of Crossfit is that all WOD’s can be scaled to your ability and can be done whatever your level of fitness. It isn’t easy, it’s always hard but it’s doable.

You’re considered a beginner for the first year and sessions will probably be a mix of ability, from beginners to elite athletes, but whatever your level you will receive complete support and encouragement from everyone.

You can compete against others if you wish but you’ll mainly find you’re competing against yourself.

As you learn the skills and record results you will see your progress, eg, distances in timed rows, weights lifted or ability to climb the rope or do double unders in skipping.

So how does Crossfit improve your running?

We all know that it isn’t as simple as the more miles you run the better you will become.

To improve your speed and time over long distances or even short ones, you need to strengthen your entire body.

You might think your legs are strong but they are only doing one movement mile after mile.

It is also well known that the majority of runners don’t use their glutes effectively.

To increase your speed and help reduce the risk of injury it is important to strengthen the posterior chain which consists of some of our biggest and strongest muscles.

Lower back, hips, glutes and hamstrings work to propel you forward when running and weakness in these areas could hinder you.

Even if you run regularly, spending 8-10 hours a day sitting at work will make them weaker.

This forces the anterior muscles at the front of our body to overwork which can lead to knee pain or the dreaded shin splints.

It’s probably not ideal to start Crossfit when you’re already training for a race but 2-3 sessions a week is ideal to incorporate from the beginning of a training plan.

Crossfit will make you use the posterior chain in functional movements.

Kettlebell Swings and Box Jumps will strengthen your hamstrings and glutes along with core and back and at the same time raise your heart rate.

Deadlifts in particular target posterior chain – the hips, glutes, hamstrings, quads and the back.

Combine these with squats, lunges, back squats, pull ups, thrusters, etc and not only will your body will be stronger because it’s constantly adjusting to the movements you are doing, but you’ll also realise you’ve never have done the same session or combination twice so it’s never boring.

Our house in converted, my husband is improving his 10k and track times consistently and even our daughter does Kids Crossfit and now tells me I’m not doing burpees correctly.

If you’re interested or just curious then google it, you’ll probably be surprised to find there’s a box closer to you than you think, but, be warned, it’s very addictive!